The player should do so and then pick the Puppet Bulgaria focus. Thanks for the response. Shortly after that, one of the best events in the game will fire. Historical focuses are also assumed to be enabled. Within a year your divisions will be veterans and will melt through anything. On research: your 1st reserach slot should always be a military doctrine, for this path Superior Firepower is recommended, then industrial and electronic researches. Set Garrison equipment to high priority. Germany alone would still have more manpower and industry than Romania, so waiting to build up a stronger army is out of the question. The IJN will likely intercept one of the invasions, but the other one will be able to land.

Meanwhile, after the fascists come to power, the player might want to send some volunteers to Nationalist Spain to help them win the Spanish civil war (getting Madrid and Barcelona right after that is the fastest way) and get a strong axis ally in future. Romania has few civilian factories to start with, and they'll be busy covering for the king's expenses most of the time, but the Soviet border must be fortified well. Air superiority is a must. Regions who despite being part of Austria-Hungary had a Romanian majority. The final step in the first phase should be entering a war with the Soviet Union. When Germany invaded Poland, they decided not to activate their alliance with Romania in order to use the neutral state on their borders to ship in Allied troops and supplies. After you defeat USSR and take most of the land, take some time to pacify the region, then leave the Axis and declare war on Germany to take the other half of Europe. At this point, it is wise to have saved up political power as you have to place claims on all provinces in Yugoslavia. Once every other country has been conquered, China can finally be annexed. While you play the Yugoslav game, keep building your army. Between the exclusive focuses "MALAXA" and "Invite Foreign Motor Companies" pick "MALAXA". First, how does your focus approach get rid of King Carol? The Romanian Navy consists of 4 Destroyers and 1 submarine. Romania is now a superpower with hegemony over Afro-Eurasia, and with the three aggressive factions out of the picture, the player can rightfully claim victory. If you don't want to read the guide just jump to the bottom for my exact questions. Just have 2-4 main attacking divisions of tanks. At this point, Romania will have become an industrial and military great power. With the reordered focuses and ignoring the czech I've not had any issue joining.

When the soviets are weak enough u can attack and go for the oil or whatever u want to conquer. The player should also begin building armoured divisions once the infantry divisions are sufficiently up to strength. Additionally, you can train the Air Force and the Navy as well. Still, at least one puppet is necessary for proper defence against the Soviets. Neutrality is sometimes viewed as a craven stance, but this nation trusts that when the dust settles, those who didn't take sides may be better off than those who did. When you reach 750.000 field units, go for Split Czechoslovakia and improve relationship with Germany, hopefully it's before 1938 when they take it anyway. Coordinating claims will minimize the PP cost too. Both in real history and the game when controlled by AI, Romania ends up fighting in the war as Germany's eastern sidekick. Without the expansion, Romania utilizes the Generic national focus tree instead. It's nearly impossible to beat the su alone so you should join the axis, give up bresserabia, may build some forts behind ur river and wait a little moment when ger declares on the su. Just don't go overboard and make sure you actually have some real combat divisions ready with equipment. They have some tungsten but not a lot and all other resources Greece has you'll get from conquering Hungary with a collab government) -> (skip Czechoslovakia Focus) -> Govt branch(fascist) until force abdication (join axis at some point, just remember to get divisions from puppets to guard your ports) -> Whatever focus I want to increase fighting effectiveness, either economy or army trees usually. At that point, it should be easy to push through the remaining Soviet troops and occupy the Russian heartlands. Romania, along with three other nations situated between Germany and the Soviet Union, gets a unique national focus tree as part of the Death or Dishonor expansion. Regardless, most of the time the player will need to invade Hungary and annex them. Romania is a country located in the north-eastern Balkans. If you could get a better deal out of them such as Croatia or Dalmatia as well that would be great, but it depends on the AI's claims. The air force will be given proper attention later. I also have stability problems by the time 1940 comes around. Remember infantry are the worst to attack with. During all this time claiming, I already finished the Hungary focus and have the war goal. A faction should be created with Finland so that they don't sign a negotiated peace. 2. If it all goes well, Germany will be cut off from Soviet lands, and they'll also be facing ~50 encircled Red Army divisions that they'll clean up for the player. As the Soviets suffer casualties in the millions attacking the Romanian borders, the Romanian army should be no worse for the wear. Romania is going to be very offensive on this path, so Field Marshal Petre Dumitrescu and Generals Constantin Sanatescu & Gheorghe Avramescu are recommended. 22.

Once that is done and the Fortify the Borders focus is complete, level 4 forts should be built all along the Soviet and Polish borders (more than that will dissuade the Soviets from attacking, which is not ideal). With the entire Balkans conquered, there will be no more manpower requirement on focuses, so the basic infantry division can now be edited to replace two infantry regiments with artillery ones.

Romania has several unique names and appearances for various technologies and equipment, listed here. 20 new divisions must be queued up for training, and they should be given high equipment priority. The new regime firmly set the country towards the Axis, joining the Axis in November 1940 and entering the war in June 1941 against the Soviet Union under the pretext of recovering northern Bukovina and Bessarabia. 4. They might offer a "friendship treaty", but the player must deny it if it happens. Build 2 tank divisions and use the pincer movement to encircle the enemy. Rinse and repeat. Since you are non-aligned and there's over 50% world tension, you are free to declare war on the United Kingdom or the United States, even on Japan and China. Every army not participating in the invasion should be preparing for an offensive against Japan's Chinese lands. Since you can invade Greece and Turkey via focus tree, the Allies won't guarantee them, so you can actually with the "Battle for the Bosporus" as Romania, but you need to turn all those cavalry divisions into a fully fledged fighting force first. The other armies should be placed on the front-line in Moldova. Once the player has around 500 divisions in the field, and Germany has released Reichsprotekorates from its occupied countries, the time will have finally come to face the Axis, so war should be justified against Germany. A place to share content, ask questions and/or talk about the grand strategy game Hearts of Iron IV by Paradox Development Studio. Getting Carol out 70 days earlier will help more than an extra puppet IMO. 14. 14/4 aren't as good as they were before, I'd recommend 7/2 or 10/0 with sup. The next focus that is recommended is the Militarism focus which increases the player's Recruitable Population up to 5%. Sorry for the wall of text but I'd appreciate any feedback. During the peace treaty, the player should first annex Japan's puppets, as the Allies will prefer setting up democracies there to taking provinces directly. He has caused considerable scandals in the past, and will likely continue to do so unless he is replaced or shown the error of his ways. On the focus tree, after "The Royal Foundation" go for "Balkans Dominance" and go down on the industrial branch all the way to "Hunedoara Steel Works" & "Invest in the IAR". On the production tab, move a lot of the production from guns to support equipment and artillery as well so you can catch up and be able to build better offensive divisions. Thank you for sharing your ideas and I'm going to try some of them tomorrow in my next game! (Trying not to cede Bessarabia as I'm going for the achievement; I guess it's essential to be jn the axis by that point?).

The game doesn't set this by default for some dumb reason but I digress. Because of this, the player can easily switch between what ideology he deems fit for the moment and allows Romania to have a truly flexible foreign policy. Whether it's Italy or Hungary, you will want to give them Vojvodina, Croatia, Slovenia, Dalmatia and Hertegovina while keeping the rest. As the war begins, it might take a while for the enemy to begin mounting attacks, but they eventually will. Note that generic names are not listed. Both the Soviet Union and Germany will soon demand territories from Romania. The Romanian air force will have to defend the Eastern Balkans region to prevent the forts there from being destroyed. The next step is to develop the player's civilian industry and to get an " extra research slot through the industrial effort focus. To preserve this territory, Romania would become part of the Little Entente with Yugoslavia and Czechoslovakia in 1920 and form a separate alliance with Poland who refused to become part of the Little Entente due to territorial conflict with Czechoslovakia. The three army groups on the German border should then go on the offensive, and Germany will soon capitulate. 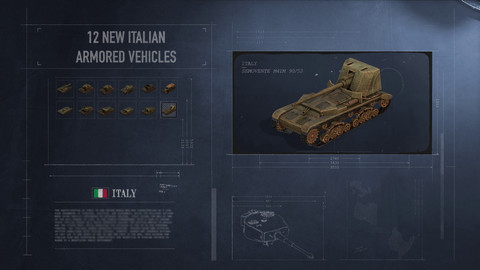